The Brits rarely hardsell anything. They are the masters of underplay and understatement. And even when they must toot their own horn, — what in the cut-throat world of marketing — they seem to be reluctant about going all-out.   I found this packaging on Marks & Spencer’s Rich Team Cream Fingers quite amusing: “Really rather good”. In America, there would be no qualms about something being “ooh oom good” or “finger lickin’ good”. But M&S proudly declare these little sweethearts to be, uhm …. “REALLY RATHER Good”.  “Really rather” sounds like an oxymoronic pair of adjectives that cancel each other out.  But somehow, knowing their British origins, it adds to its charms.  That tendency to false modesty which really translates to “Go on, YOU tell us it’s really good, because we’re not going to!”.

Commuter between oceans. And when I am in England, I miss Chicago. View all posts by missChicago

Fresh From My Laptop 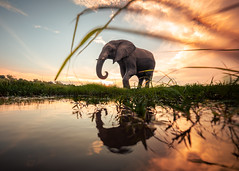